SEE YOU IN ZAGREB

2CroCEE will take place in Zagreb, capital of Croatia. Zagreb's history dates back to Roman times when the urban settlement of Andautonia existed at the location of the modern-day Ščitarjevo. Today, Zagreb is the cultural, scientific, economic, political and administrative centre of the Republic of Croatia, and a home to the Croatian Parliament, Government and President. It is located on the southern foothills of Medvednica Mountain and spreads along the banks of the Sava River. Culturally, it is a European city well worth visiting, with its numerous historical monuments, parks and medieval architecture. Everything is accessible by foot - from your hotel to the theatre, wandering around the old Upper Town or through the bustling streets of the more modern Lower Town, which has not lost an ounce of its charm despite the eternal march of time. 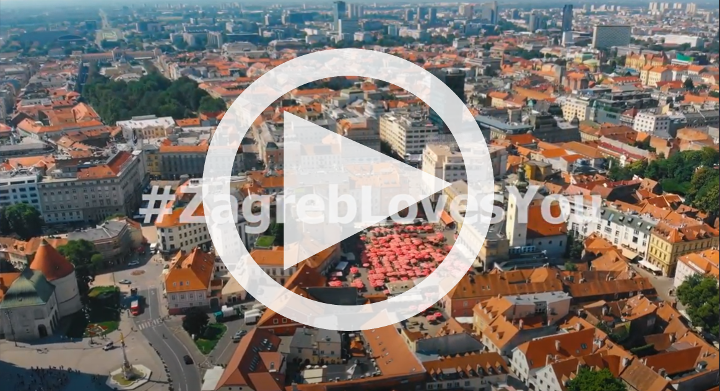 The streets and monuments of Zagreb proudly testify to centures of history. However, in March 2020, moderate ML5.5 earthquake struck Zagreb and generated impacts far exceeding expectations for an event of that size and exposed all the weaknesses of the system. By organizing 2CroCEE, we hope to continue, together with you, a direction set by 1CroCEE aiming to develop improved strategies and setting future directions in earthquake engineering to improve earthquake resilience of our community.

Croatia is a land of rich cultural heritage, numerous museums, galleries and churches, many of which today, as zero category monuments, are included in a part of the UNESCO World Heritage List. In that magical place on the Mediterranean, even the shortest stroll becomes a journey down a staircase thousands of years old which take one through a history that is at the same time turbulent, exciting and glorious. With 8 national parks and 11 Parks of nature, Croatia is one of the ecologically best preserved parts of Europe. The mainland covers an area of 56 594 km2 and coastal waters cover a surface area of 31 479 km2 where Croatia’s shoreline and its 1 244 islands enjoy the majority of the Adriatic coastline.

Zagreb Airport (Franjo Tuđman Airport) is located only 20 kilometres from Zagreb. The airport is connected to the city of Zagreb by Airport Shuttle, regular bus lines and taxies. For more information about Franjo Tuđman Airport, please visit www.zagreb-airport.hr.

The city of Zagreb is an easily reached destination by land. It has a good traffic infrastructure through which it is directly connected to other bigger cities of the Republic of Croatia: Rijeka, Zadar, Split and Dubrovnik and foreign European centres, such as Ljubljana, Vienna, Frankfurt and many others. To enter and drive in Croatia, you will require a green insurance card and a valid driving license. In Croatia, the toll is charged on motorways, semi-motorways and some bridges and tunnels.

The phone number for Road Assistance is 1987. For more detailed information, foreign tourists can contact the Information Centre of the Croatian Automobile Club at ++385/1/464-0800, available 24 hours a day. Information concerning road conditions can be obtained in several languages on the second channel of the Croatian Radio or on the Radio Data System